That’s right! We have 4 Tribal Crew Pack left to give away! But these are extra special!!!

Each of these codes will give 1 account, 5 tribal packs!
That’s right, you’ll have 5 chances to acquire special Azteca items with 1 code!!

We’ll be giving away 2 codes today and that’s it for our special Tribal Pack Give Away! We’ll randomly pick 2 winners from the correct answers.

Sunday Tribal Contest!
Answer Me This:
Do you know your Pirate101 History?
If you do, you can answer this question with ease.
Who is the leader of the Clockworks?

If you are under the age of 13, remember to get your parents/guardians permission. 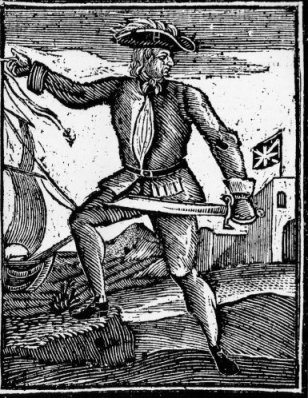 Our special Tribal Crew Pack game code gives our winner 5 (five) Tribal packs for 1 account. That’s 5 packs that you can use for 1 or all of your pirate captains. It’s 5 chances to win exciting and wonderful prizes from the packs! With a special code like that; we had to make the contest question a little special.

Answer Me This:
Captain Avery is based on a real life Captain, who pirated the Atlantic and Indian Oceans. What was his “real” name?

Henry Every
Also known as Evory or Avery and sometimes erroneously known as John Avery. He was an English pirate who operated in the Atlantic and Indian Oceans in the mid-1690s. He likely used several aliases throughout his career, including Henry Bridgeman, and was known as Long Ben to his crewmen and associates.

Dubbed “The Arch Pirate” and “The King of Pirates” by contemporaries, Every was the most notorious pirate of his time; he earned his infamy by becoming one of the few major pirate captains to retire with his loot without being arrested or killed in battle, and also for being the perpetrator of what has been called the most profitable pirate raid in history.

You can learn a lot more about the inspiration for Pirate101’s Captain Avery. Reading a little about the real man, gives some good “behind the story” insight of our Captain Avery on Skull Island. You can read more about Captain Henry Every on Wikipedia!

We had a lot of responses for this one. But Tonight’s code winners are:

Congratulations Captains!
We’ve sent you an email with your game code and instructions for how to redeem the code online. If you don’t receive the email or have problems, please let us know.

Enjoy your Tribal Pack
We hope you win something great!

Send us a picture of your pirate and your favorite item and we’ll post your picture here to help you celebrate! If it’s a pet, or companion don’t forget to tell us their name and what they are.

If you didn’t win today, you’ll have one more chance for a Tribal Crew pack. It’s the last of our special drawings for the weekend. We’ll be giving away 2 more special codes! Sunday’s Giveaway will begin tonight at 6:30!! Stay tuned for our contest announcement!!

Our next contest begins at 6:30pm tonight and will run until 6pm tomorrow night! Good luck everyone.