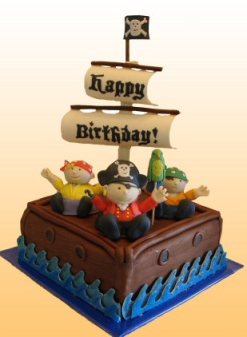 On October 8th, 2012 at 10:00am eastern, Pirate101 went LIVE for the Head Start Week! It was a very exciting day for Pirate fans who found secret codes for the test version and those who were able to buy into Head Start Week.

The anticipation was immense for fans. Twitter was filled with messages of waiting for the game to go live.

Rumors flew, it’s going to be released at 9 no 10, no not till 1:01pm. The Pirate Twitter accounts said this, no the Facebook page said this, the magazines said that. But all the rumors were unfounded as the hard working techs at KI rushed around and crossed their fingers as the final details were implemented and the servers were opened to the public.

The news spread quickly and at 10:01 twitter at least feel silent. Those that hadn’t played in the early test realm couldn’t wait to get logged in. And once we did, no one seemed disappointed! Slowly the twitterverse came alive again and everyone was singing praises and announcing the birth of their new Pirate Captains! END_OF_DOCUMENT_TOKEN_TO_BE_REPLACED