Congratulations To Our First Round Prize Winners!

It’s that time! Time to announce our round of Game Code Prize Winners!

Winners received a game code good for:
Our 1st prize package are free codes for 2,500 crowns

Who was Captain Blood and what real life person is he based on?

You must give us both answers to eligible for our first round prize!

And the Answers are:

Turns out we thought this would be a very easy question and it seems to have been a little tougher than we expected. We needed both the fictional character that the game character is based on. As well as the real life person. 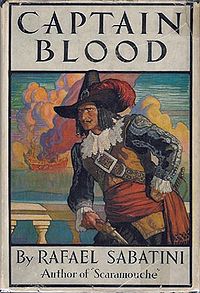 Captain Blood is a famous character in Rafael Sabatini’s novel of the same name. Our character is the sharp-witted Dr. Peter Blood, a fictional Irish physician who had a wide-ranging career as a soldier and sailor (including a commission as a captain under the Dutch admiral De Ruyter) before settling down to practice medicine in the town of Bridgwater in Somerset.

The book opens with him attending to his geraniums while the town prepares to fight for the Duke of Monmouth. He wants no part in the rebellion, but while attending to some of the rebels wounded at the Battle of Sedgemoor, Blood is arrested. During the Bloody Assizes, he is convicted by the infamous Judge Jeffreys of treason on the grounds that “if any person be in actual rebellion against the King,

Dr. Blood is to be shipped off to the Caribbean and sold into slavery. But alas, a Spanish force attacks and raids the town of Bridgetown, where the good Dr and some of his countrymen are being held. Blood seizes the opportunity for escape and captures one of the Spaniards’ ship and sails away to become one of the most successful pirates/buccaneers in the Caribbean, hated and feared by the Spanish. ~ Wikipedia 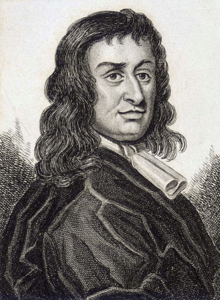 Colonel Thomas Blood (1618 – 24 August 1680) was an Anglo-Irish officer and self-styled colonel best known for his attempt to steal the Crown Jewels of England from the Tower of London in 1671.

Described in an American source as a “noted bravo and desperado”, he was known for his attempt to kidnap, and later, to kill his enemy, the Duke of Ormonde. He had switched allegiances from Royalist to Roundhead during the Wars of the Three Kingdoms, and despite his subsequent notoriety received a Royal free pardon and found favor at the court of King Charles II.

At the outbreak of the First English Civil War in 1642, Blood returned to England and initially took up arms with the Royalist forces loyal to Charles I. As the conflict progressed he switched sides and became a lieutenant in Oliver Cromwell’s Roundheads.

In 1653 at the cessation of hostilities Cromwell awarded Blood land grants as payment for his service and appointed him a justice of the peace. Following the Restoration of King Charles II to the Crowns of the Three Kingdoms in 1660, Blood fled with his family to Ireland. As a result Blood was brought to financial ruin, and in return Blood sought to unite his fellow Cromwellians in Ireland to cause insurrection once again.

In 1670, despite his status as a wanted man, Blood returned to England and is believed to have taken the name Ayloffe and practiced as a doctor or an apothecary in Romford Market, east of London. A second attempt, this time on the life of the Duke of Ormonde, followed. That attempt failed. Blood did not lie low for long, and within six months he made his notorious attempt to steal the Crown Jewels.

Although he managed to steal some of the Crown Jewels, his escape didn’t last long and he dropped a few of them as he was running away on horseback. He wasn’t very good at this stuff. But he is said to be the inspiration for Sabatini’s Captain Blood. ~ You can read more of his account during the Civil War and his theft of the Crown Jewels at Wikipedia.

Congratulations to our Captains Who Submitted The Correct Answers!!

We received 24 emails. Of those 2 provided the correct answers.

We’ve sent you an email with your game code and instructions for how to redeem the code online.
If you don’t receive the email or have problems, please let us know.

We hope you’ll send us a picture of your captain with your new prize so we can post it here on the Portal’s winner page!

Thanks to everyone for participating in our Pirate101 Birth-o-Ween contest. Follow our blog, or on Twitter @PiratesPortal for more announcements, news and contests from KingsIsle and Pirate101!