Congratulations To Our Prize Winners!

It’s that time! Time to announce our Final Round of Game Code Prize Winners!

It’s been a wonderful weekend of fun here on the Portal. And we’re certainly excited to get into the new Test Realm to check out the great Spring 2014 Updates coming to the Pirate Skyways!

We hope those of you who won one of the Game Codes sent to us from One-Eyed Jack will have a great time putting them to good use in the new locations and against the new foes!

But we’re here to announce the final round winners, so let’s get to it!

Winners received a game code good for:
Round 3: Hoodoo Cornelius Companion from the HooDoo Bundle

Our First Trivia Question Is:

In Aquila you receive a quest “Hello, Walls”!
The quest is given by Eaglamemnon and sends you off to build a Trojan Mouse.
The reward for this quest is a companion named Eagle Hoplite, a Swashbuckler
Hoplite is a historical name.
Where is it from, and what is it?

And the Answer Is:

Hoplites were citizen-soldiers of Ancient Greece 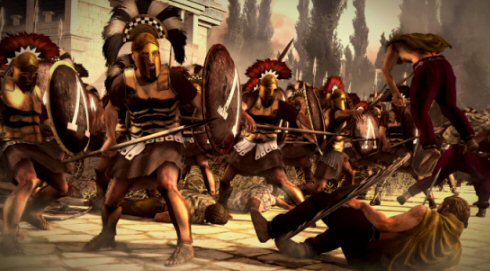 They were primarily free citizens—propertied farmers and artisans—who were able to afford the bronze armor suit and weapons (estimated at a third to a half of its able-bodied adult male population). Hoplites generally received basic military training. In 690 BC, the Spartan army adopted a military innovation known as the phalanx formation. This new tactic proved successful during the Battle of Marathon in 490 BC and the Battle of Plataea in 479 BC, when the Greeks defeated the Persians.  Sparta is the most famous city-state which had a unique position in ancient Greece. Contrary to other city states, the free citizens of Sparta served as hoplites their entire life, training and exercising also in peacetime, which gave Sparta a professional standing army. Military service for hoplites lasted until the age of 40, and sometimes even until 60 years of age, depending on a man’s physical ability to perform in the battlefield. These real life heroic citizen soldiers have been resurrected in modern culture, including the 2007 film “300”, which historians admit had little to do with actual history. However, the success of the movie put the Hoplite back in the spotlight and where they could be studied and remembered.
You can read more on Wikipedia.

Congratulations to our Captains Who Submitted The Correct Answers!!
We’ve sent you an email with your game code and instructions for how to redeem the code online.
If you don’t receive the email or have problems, please let us know.

39 Pirate Captains submitted answers to our trivia question. Of those 33, submitted the correct answer.
The 3 Captains here at the portal randomly selected these numbers,
7, 19, 27
we counted through the emails in the order they were received and those were our winners!

And Our Random 1.5k Game Code Winners Are:

From the 33 winning emails we selected 9, 13, 31  we counted through the emails in the order they were received and those were our winners for the final 1.5k crown prizes.

We hope you’ll send us a picture of your captain with your new prize so we can post it here on the Portal’s winner page!

Thanks to everyone for participating in our Pirate101 contest and thanks to the good folks at KingsIsle for sending out the free game codes!!

Follow our blog, or on Twitter @PiratesPortal for more announcements, news and contests from KingsIsle and Pirate101! And don’t forget to check out the Test Realm today too!  And if you didn’t win a code; if you still hurry, TODAY ONLY, you might be able to pick up a special XP Boost Elixir!