English Bill
– The Duck of Death

The Nightmare Duck of Death

In the first release of the World of Dreams, in August 2018, the Royals at KingsIsle introduced Four new Nightmare Boss battles. These battles are intensely difficult and designed for top-level players and as team up opportunities. The Nightmare Duck of Death aka English Bill, as one of these nightmare challenges.

Like all of the Nightmare battles, you will need an Obsidian Key to enter Bill’s battle room inside the World of Dreams.

Pirates first face off with English Bill in Cool Ranch at the Boot Hill Cemetery.  The battle ensues as you and the Free Ranger attempt to save Tonka who has been kidnapped by the Duck of Death.

If you recall, Bison Chief Dancing Stars tells you that there’s a Basin of water which has been blessed by the Clawfoot Priests. If you dip your Silver Bullets in the water, it will help you drive the evil from the skies.

In the Cemetery there are several “Blessing” statues which must be hit in order to receive the blessing (glowing halos) that will allow you to defeat Bill. Without those Blessing Halos, Bill is Immune.

The battle with this evil dark Duck of Death in the World of Dreams, is based on that initial battle in Boot Hill.  But don’t think that makes his Obsidian battle a piece of cake. He has some special mega hit talents that can easily defeat a Pirate Captain and their crew.

For more information, check out the Creature page for Nightmare English Bill on Pirate101.Central’s website.

Unlike the original battle with Bill, where you fight him in the cemetery and then row over to his ship and finish the quest, you won’t do that here in the World of Dreams. This is only the first leg of that quest, to defeat Nightmare Bill in the Cemetery.

The Bill himself will be Level 78, and his initial minions range between Level 77 and 78. When we played with a team of 2, we faced 2 level 78 Lagoony minions and 4 Level 77 minions. The more members you have on your team, the more of these opponents you’ll face.

When the battleboard first appears, take note of the 3 Blessed statues. You’re going to need them before you focus your attacks on English Bill so you can remove his immunity. When you hit one, you and your crew will be given the blessed halos, but you won’t be able to use that particular statue again. When your blessing wears off, you’ll have to find and hit a different statue in order to be blessed again. 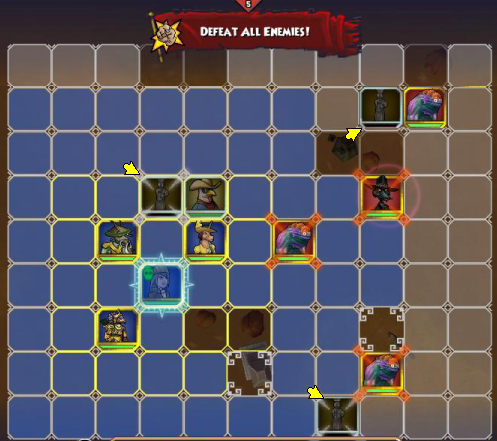 You don’t have defeat his minions before you can defeat Bill. You just have to keep your team in the blessed state. So try to plan your attacks and focus your fire on Bill himself.

Once you have defeated Bill and won the battle, you’ll find an initial badge in your backpack. Keep finding Obsidian keys and defeat these Nightmare Bosses over and over again to attain the Collection badge for this battle! For English Bill, you’ll receive the Obsidian Quacker to start with.

I’m assuming that, like all Collection badges, once you’ve defeated a Boss 10 times, you’ll be presented with a new Collection badge to defeat the boss 25 times and so on. Much like the badges for defeating Moo Manchu. So keep battling!