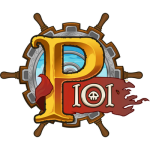 The Royals at KingsIsle have rolled out some new content to the Pirate world this month. Which means we’ve also updated or added new information to our Pirate blog. We’ve added:

And don’t forget to check out A-Z listing. We have lots of game guides and journals that you might find helpful.