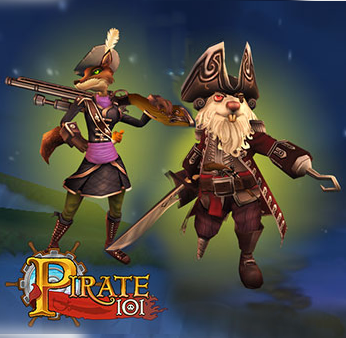 When Will It Roll Out?

We’ve received a lot of email since we shared the announcement from the Royals at KingsIsle about  The New Nightmare Bosses.  We mentioned that this might be a sign of a new Game Release. And that spawned a lot of email asking when the new release will come out.

We don’t know, but there might be some confusion concerning our post. And we wanted to clear that up.

Here’s what we said on our post concerning the New Updates To The Portal:

The New Nightmare Bosses – Could this be a sign of a new game release?
The two new Obsidian bosses in the World of Dreams appear to be a roll-out for an update to come. I say this because right now, the highest level your Pirate and Crew can achieve is Level 70. And the new bosses will appear in these battles as Level 79 to Level 82. That makes me think a new game release is closer than we might think or know. It’s way over due in my opinion, but I’m hoping the wait will be worth it! Right now it’s near to impossible to beat these two new Bosses. By yourself or as a full team. We’ll have to level up, I think, to defeat Blightbeard and Black Annie.

We’re wondering if the higher level of the new Bosses could be an indication, or a sign that a new game release is coming soon. As we mentioned in the paragraph above, your Pirate Captain, can reach level 70 and right now you can’t level up any higher than that. You might have Crew members who are level 71 or 72 that you acquired from Valencia. But even with a full team, defeating these new bosses is near to impossible.

That level of difficulty could mean, your Pirate and Crew also need to level up in order to defeat the new higher bosses. Wouldn’t it be great if the next release was scheduled for this coming holiday season? We think so, but there’s no News from the Royals and we can’t find any rumors from the gaming communities either. We’re all in the dark, and hoping we’ll receive a message in the bottle soon!

You know we’ll be sharing the announcement here on A Pirate’s Portal when it happens! So stay tune!