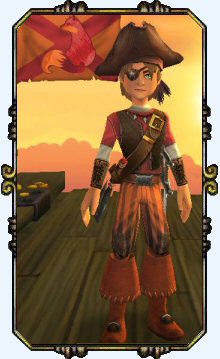 Aedan is my son’s first character in the public edition of Pirate101. He’s a recreation of all his beta pirates and he was born October 8th, 2012.

Aedan Hawkins really fits my son’s interest in soldiers. Especially those from World War I and II. He has a great love of history and the invention of muskets, rifles and cannon through the ages. His favorite weapon at the moment is his musket. He saw the musket owned by Bonnie Anne and that inspired him to track this one down and make it his own.

Captain Aedan’s Story
His first talent is being naturally spooky. Which also fits my kid well. He’s enamored with the Ghost Hunting app I have on my Android phone and is ready to go hunting with one of my friends Mr. Paul; who is a professional Ghost Hunter. So I expect interesting discoveries from Aedan Hawkins and his travels through the pirate skies!

Aedan’s parents were said to have been killed by a Squid. Egads! He was raised in Grizzleheim by the rough and tumble grizzly bears. A perfect place to raise a strong and able swashbuckler!

His ship colors are: Red and Orange

His ships flag is the sly and agile fox, where X marks the spot. Well now what other mark would a pirate have on his flag?! ‘X’ always marks the spot of treasure and riches beyond compare.

So don’t let his nickname ‘clumsy’ fool you. This Captain’s greatest talent is his ability to sneak in like a fox, unseen, unheard and unnoticed. He’ll grab your treasures and be off in a flash, before you even know he’s been there.

Accomplishments:
Through his travels through out the Pirate spiral he has picked up a few talents along the way. Currently he has gathered a few badges, but he’s most proud of these: 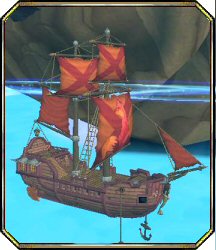 The Daring Dodger
A Light Skiff

His ships:
Before he left beta he had acquired a nice skiff that once belonged to his parent. It was hard giving that ship up. But new adventures have brought new modes of travel. This go around he started out with a cute little raft with a better name than the first raft in beta, that one was The Lost Fool!

His Companions:
He has made alliances with several folk through the spiral. And his crew has grown to include:

His Pets:
Companions are great to have in a fight. But having a favored pet to snuggle with, is also good to have. Aedan is pleased to have the following pets with him: 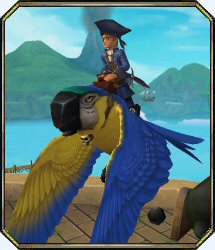 His Mounts:
Aedan is proud to have the following mounts:

Home:
He has two homes for now. One for business and one for escape and relaxation.

Aedan’s Progression Through Training and Experience: