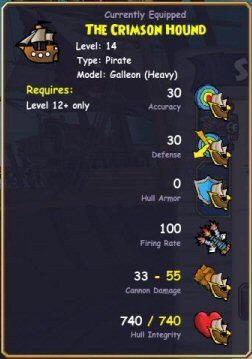 Upgrades Her Ship To The Crimson Hound

Yesterday Victoria completed a “boat load” of little quests around the Skull Island Skyways and Flotsam which provided her enough points to level up to a 12th ranked pirate. Yeah! I’ve been waiting for this for a while because at this level, Victoria can purchase a new ship!

She ran down to the ship shop on the Flotsam docks and picked up a beautiful Galleon that she named: The Crimson Hound. What better name for a wolf ship!

She rushed over to the Parts Vendor and picked up a few extras for her  new ship too. She picked up:

It’s worth upgrading both your ship when you can, and your equipment. Each time you level up, check to see what you can upgrade with both your personal pirate accessories, hat, cloths, weapons and your ship and ship equipment. It’s not only exciting, but it makes battles easier and more interesting too! 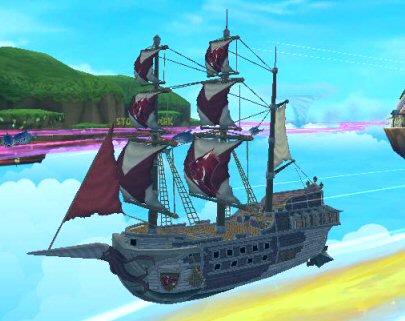